12, November 2017, A Sr. Software engineer working with Macart for 5 years was recognized within 3000 people at Team Hum session was awarded Gati Shakti Award.

This award is given to some one excels in not only their work but always has a helping hand for others and makes sure he has the solution for every problem that occur. 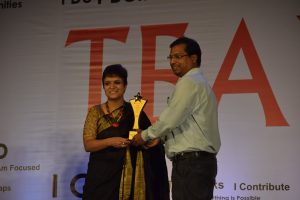